A new telescope orbit our planet TESS and the old telescope Kepler has retired. TESS stands for Transiting Exoplanet Survey Satellite. TESS is designed to search for Exoplanets using the transit method and cover a 400 times larger area than Kepler telescope. I followed the launch online first it was planned to launch Monday 16 April 2018, but the weather conditions were not perfect so we had to wait until Wednesday 18 April 2018. TESS was launched from Cape Canaveral Air Force Station in Florida with SpaceX Falcon 9 rocket. SpaceX is a company run by the entrepreneur Elon Musk that also is famous for Tesla electric cars and Paypal.

The Kepler mission was launched on March 7, 2009, and ended on October 30, 2018, in that time it observed 530 506 stars and detected 2 662 planets. Kepler has a heliocentric orbit, which means that it is not orbiting the earth it orbiting the sun. The Kepler search range was between the constellations Cygnus and Lyra as you can see in our starmap that region has the most exoplanets 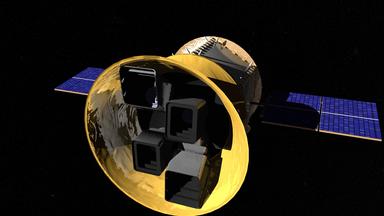 TESS has a unique elliptical orbit around the earth. TESS measure the star's brightness over time. When an exoplanet is transiting its star a small increase in the brightness occur. This data is sent back to earth at 10 billion pixels at the time. This data is washed using complex algorithms. The data is then analyzed using machine learning algorithms that find patterns matching a transit of a planet. The data should also be analyzed by humans that can detect patterns in the image that a machine might miss.

It is possible to volunteer on the research by registering on Zooniverse, perhaps you will discover an exoplanet. Hundreds of exoplanets have been discovered by volunteers during the Kepler mission.

Project can be found here: zooniverse.org

The Hubble Space Telescope that was launched in a low Earth orbit already in 1990 and has made discoveries that have increased our knowledge about the universe in three decades. Its successor, the James Webb Space Telescope (JWST), is currently scheduled to be launched in March 2021. JWST will be hundreds of times more powerful than the Hubble telescope. Its primary mirror is made of gold-coated beryllium and contains 18 hexagonal mirror segments.

James Webb will just like Kepler orbiting the sun on a far distance (1 500 000 km) from the Earth. In the so-called Lagrange point. The point in space where the Sun and Earth's gravitational fields take out each other and that will give the telescope the same orbit velocity as Earth. That will make the telescopes position in space stationery in relation to Earth. It is an IR-telescope that mean that it will register infrared radiation. Infrared is electromagnetic radiation with a longer wavelength than red visible light from 700 nm to 1 mm. Cold objects like brown dwarfs and exoplanets primary transmit infrared radiation and will be easier to investigate. This will also make objects far away from the young universe easier to investigate, the expansion of the universe makes the light increase in wavelength because of the Doppler effect it is known as redshift

The telescope is named after James E Webb. He run the space agency from 1961-1968 during the Apollo program. Even he was not scientist he did more for science than any other governmental official. He believed that the space agency had strike a balance between human spaceflight and science.

JWST will look closer at the exoplanets that TESS will discover. It will also study the light from the young universe approximately 400 million years after the big bang.