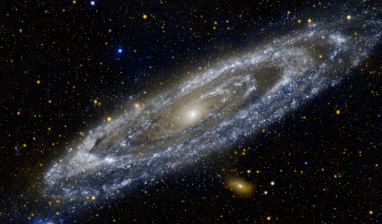 New observations suggest that the universe is round

The riddle of the size of the universe has involved scientists ever since the childhood of cosmology. Newton believed that the universe is infinite, while Kepler believed in a finite.
Albert Einstein was the first physicist that gave the concept of a finite universe a sustainable theoretical foundation. The gravity can make space curve so much that the overall structure closes itself in the same way as the surface of a globe. The shape of the universe is depending on how much mass it is in the universe. The density parameter was derived by Alexander Friedmann in 1922 from Einstein's field equations.
$$\Omega =\frac{\rho}{\rho_{c}}$$
where ρ is the actual density of the Universe and ρc is the critical density.
The critical density is according to Friedmann equations
$$\rho_{c} =\frac{3H^{2}}{8\pi G}$$

where G is the gravitational constant 6.674×10−11 m3/(kg⋅s2)  and H is the Hubble parameter a function of time that tells us how fast the universe is expanding it may be derived from the same equations as

then the density parameter becomes

If the density parameter:

The Planck space observatory was a spacecraft operated by the European Space Agency (ESA) from 2009 to 2013 and mapped the cosmic microwave background CMB. CMB is the radiation leftover from the big bang.
Several observations have indicated that the universe is flat and that fits very well with our current theoretical models, but re-analysis of the Planck data shows that we live in a finite spherical universe where the density parameter is bigger than 1
Here is the paper: nature.com
Here is an article about it quantamagazine.org