Is there life on Mars

Life on Mars is a song by David Bowie from 1971 on the album Hunky Dory it was also released as a single. But David Bowie was not the first one considering it could be life on Mars. The past 300 years people have believed it could be life on Mars. Christiaan Huygens was a Dutch astronomer that is known for the discovery of Saturn rings he also studied Mars with a telescope.
He discovered a dark spot on the planet known as Syrtis Major and included it in a drawing of Mars in 1659. He used repeated observations of the feature to estimate the length of a day on Mars and that happens to be 24 hours the same as Earth. We know now that the dark color comes from the basaltic volcanic rock and the lack of dust. He also estimated that Mars is about 60 percent of the size of Earth. In 1672 he makes a drawing of Mars that includes the south polar cap.

Later Sir William Herschel that is also known for discovering Uranus in 1780 was studying Mars. He believed that the dark areas on Mars were oceans and the lighter regions land. He speculated that Martian inhabitants have the same climate and conditions as people on Earth.
The famous mathematician Friedrich Gauss was so convinced that intelligent life existed on Mars that he proposed that we should draw huge figures in the snow to signal the Martians.
In 1877, astronomer Giovanni Schiaparelli saw several lines crossing each other on the Martian surface. He believed this was canals built by the Martians to lead water from the polar regions. Percival Lawrence Lowell fueled speculation that there were canals on Mars. The belief of Martians inspired H.G Wells to write the book “The War of the Worlds” that was published in 1897.

The Mariner Program was a series of teen NASA built interplanetary space probes that were sent to several planets in our solar system Venus, Mercury, and Mars. Mariner 4 made the first successful Mars passage in 1965 and sent pictures on the Mars surface. Both Mariner 6 and 7 passed Mars in 1969 and sent data and pictures back to Earth. Mariner 9 became the first artificial satellite in orbit around Mars in 1971. There was no sign of canals. The canals Giovanni saw was just an optical illusion. The Mariner saw indications that there could have been water on Mars in the past. These evidence on ancient water on Mars was not entirely confirmed by the Mariner mission and a closer look was needed.

The Viking 1 lander was the first spacecraft ever to land successfully on Mars on July 20, 1976. Two months later, the Viking 2 lander landed on Mars. The landers took images of the surface and studied soil samples for biosignatures and one of the tests was positive. But the result could not be reproduced and the positive test was probably the result of a non-biological reaction.

When I was young in 1996 I heard the sensational news on television that the scientist finally found evidence on life on Mars. A billions years old Martian meteorite that was found in Antarctica contained alien bacterias. But this was probably also a false alarm. These features on the Martian meteorite could also be the result of non-biological chemical reactions.

The spacecraft Odyssey Orbiter reached Mars on October 24, 2001, and its scientific mission began on February 19, 2002. Its three main measure instruments were a thermal emission imaging system, a gamma-ray spectrometer, and an energetic particle spectrometer. In addition to these, a neutron spectrometer was also included. The Orbiter found a large amount of hydrogen, a sign that water exists less than one meter below the surface. Two rovers named Opportunity and Spirit were sent to Mars to investigate. Opportunity landed in Meridiani Planum on January 25, 2004, Spirit landed on the other side of the planet three weeks later. Spirit got stuck in a sand trap in 2010. Opportunity continued being operational and last heard of in June 2018. After a planet-wide storm NASA was hoping that it would come back online but it never did. Both rovers found geological evidence that Mars used to be more liquid having oceans. Phoenix lander was the first vessel to investigate Martian water in the Northern polar region. It found perchlorate in the water it is salt that acts like antifreeze and that could be bad news for life. 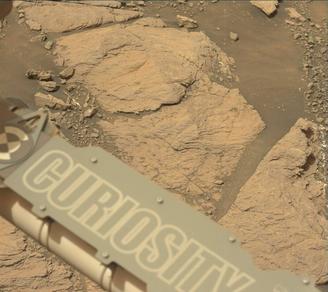 The latest rover Curiosity landed on Mars 5 August 2012. The rover is still operational and confirmed the presence of water in the soil. Recent studies show methane in the atmosphere and organic molecules on the surface. These could still be the result of non-biological processes but it got the scientists very excited as it could come from the decay of once living matter. One of the recent discoveries is that it is a 20 km wide underground lake on Mars. Curiosity will continue its mission until 2020, but more missions are planned. ExoMars is a project to search for signs of past life on Mars and is run by the European Space Agency (ESA) and the Russian space agency Roscosmos. They are planning to land the Rosalind Franklin rover on Mars on July 2020.

Finding evidence on past life on Mars will tell us that if the conditions are right on a planet life will evolve. So far we only know one place in the universe where life developed, on Earth. If it happened twice in our solar system then it probably will be life on Exoplanets that have similar conditions as us.

Visit Mars in the catalog here